You are here: Home / Uncategorized

Claire writes: “This thing we do, that we call coaching, changes lives and organisations. It’s also not magic. It’s not weird.  And it’s not me doing something to you. If your experience is that’s what has happened in a conversation, be astute.

A coaching style is having a conversation with someone.  What’s weird is that it’s a conversation between two people about one person.  Be normal! What’s distinctive is that when we learn to stop doing all the things that stop transformation happening, the results can be extraordinary.

So if you’re using a coaching style at work, there is no need to start calling your colleague a client or a coachee.  They are a person. And if you want to try this way of working out, ‘Would it be useful to have a different kind of conversation?’ is a great start!”

May be distributed freely.  Please retain contact details: www.3dcoaching.com and send a copy/ link to info@3dcoaching.com Register here to receive our blog posts every Monday by email 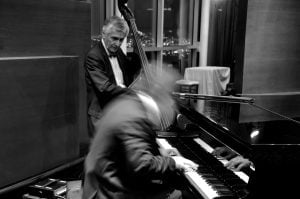 Claire writes: “Su’s daughter was at a piano masterclass with a famous pianist at school last week. He asked them to describe what a beat was in music – they struggled. He described it as movement. He said without movement music doesn’t live, it’s dead. In the same way, without a heartbeat we don’t live. He described how world class musicians move as they play their music and it makes it live.

We are learning that people are often more able to think when they are moving, or even standing up. It may not always be possible, and when it is, conversations can come alive!”

© 2017 3D Coaching Ltd
May be distributed freely. Please retain contact details: www.3dcoaching.com and send a copy/ link to info@3dcoaching.com Register here to receive our blog posts every Monday by email

We had a few organisational sponsors on a development call this morning.  Interesting connections about the value that noticing and listening to headlines and underbelly brings to Action Learning Sets.

Here is an article from Leadership and Change Magazine

Claire writes: “I’ve always been someone who prefers a general sense of direction over goals and targets.  Reading David Megginson’s Beyond Goals affirms that I’m not the only one.  So it was with mixed feelings that three weeks into 2017 I committed to a goal and a target: doing the same 13.6 mile sponsored walk every month for a year to raise £12000 for research into Motor Neurone Disease.  The friend who was part of the good idea over a coffee had recently been diagnosed with MND – as had our next door neighbour.  We calculated that if ten people walked every month and each raised £100, we would reach our goal.
That was 11 weeks ago.  10 people walked in February, 19 in March and 59 in April – and we have already hit our £12000 target.  We are learning that it’s easier to build a movement when you don’t think that’s what you’re doing!  And that backfilling systems and admin support isn’t the end of the world.  And that our new direction of ‘onwards and upwards’ is enough of a motivation to keep recruiting walkers and sponsors.
Most of the 3D team will be walking at some stage and we promise that we will only speak of the walk in this blog twice in the 12 months.  If you’d love to walk with us, or to donate, all the details are on our Just Giving page.”

© 2017 3D Coaching Ltd
May be distributed freely.  Please retain contact details: www.3dcoaching.com and send a copy/ link to info@3dcoaching.com   Register here to receive our blog posts every Monday by email

Claire writes: “I was with a group of NHS Managers the other day and we were thinking about colleagues who have worked in the same way for many years and ‘have always done it this way’ and see no need to change.  It reminds me of the words of Marshall McLuhan (born over 100 years ago): “Our Age of Anxiety is, in great part, the result of trying to do today’s job with yesterday’s tools and yesterday’s concepts.”
Change is weird sometimes.  On courses we invite delegates to suspend disbelief and try a different way of working. Only when you have experienced it can you really decide whether it’s for you.  In that group of managers, we were wondering what will happen if you invite a colleague to work in a different way for a contained amount of time and then review to see whether it’s useful?”
© 2017 3D Coaching Ltd
May be distributed freely.  Please retain contact details: www.3dcoaching.com and send a copy/ link to info@3dcoaching.com  Register here to receive our blog posts every Monday by email

Claire writes: “There are many names for one to one conversations – supervision, mentoring, coaching, critical friend, soul friend… It doesn’t really matter what you call the conversation you are having.  It does matter that you do what you have agreed to do – and that it is useful for the person bringing their stuff.

I heard a great definition through a conference a couple of weeks ago (Graham Horsley) where they described mentoring as putting in and coaching as drawing out. It’s great… and the interesting thing about putting in is that you still need to work together to work out what needs to be put in, to check it’s useful, and to leave responsibility with that person for what they will do with it.  So the coaching container (STOKeRS) is useful in mentoring, supervision and any one to one – because we can work out what we need to do before we start. And that makes the conversation more useful.  Even if the answer is that we don’t know yet!”
© 2016 3D Coaching Ltd
May be distributed freely.  Please retain contact details: www.3dcoaching.com and send a copy/ link to info@3dcoaching.com   Register here to receive our blog posts every Monday by email

Su writes: “Up and down the country, people are turning out in herds to witness the Olympic Torch passing by where they live.  Where we were, people were 10 deep on the pavements, and on roundabouts, on verges, hanging out of balconies, on shoulders, on tiptoes.

There was a sense of thick excitement in the air, a great sense of community, warmth and good humour and oodles of suspense. When the moment came, cameras clicked and people cheered. And then the moment passed: in reality we had maybe 5 torch minutes and an hour of anticipation.

All those people came together for a common purpose: it was about being part of the Olympic spirit.

How does this relate to business? When we ask for commitment and engagement from our employees are we inspiring them at the right level? Are we connecting with them at the “Olympic spirit” level which gets them excited or the “standing in the rain with a group of noisy people” level which is realistic but dull?”

Filed Under: Uncategorized, working with people

Jane writes: Towards the end of the 1967 movie Cool Hand Luke, Luke says “What we’ve got here is failure to communicate”.  Then he gets shot. What he said may have been true, but it didn’t achieve the best of outcomes.

Communicating effectively is core to our success at work, at home, in our communities.  It’s particularly important when we need to be agile during times of change.  It doesn’t mean always saying what we feel or think when we’re feeling or thinking it and leaving the other person to deal with the fallout, and it doesn’t mean holding onto stuff until we explode over everyone.  Maybe something that John Galliano should have understood.  France, as Galliano is in the process of finding out, is a secular society with a zero tolerance policy to incitement of religious hatred, with culprits facing up to six months in jail.

Effective communication does mean treating others with respect, exchanging some meaning (so listening and checking things out is important), and creating some value.  It allows for different views and beliefs, recognising that where these are different it is possible to acknowledge this and respect the other person’s position – allowing us to carry on our conversation.

We like  the advice given in Fierce Conversations: Achieving Success in Work and in Life, One Conversation at a Time by Susan Scott, and Difficult Conversations: How to Discuss What Matters Most by Bruce Patton, Douglas Stone and Sheila Heen.

The phrase ‘what we’ve got here is failure to communicate’ is often used to allocate blame when it has not been possible to reach agreement about something, especially when we view the other person as a powerful opponent.  What difference could it make if we viewed them as someone with a different view or agenda to ours rather than an opponent, and acknowledged this as a starting point for a new conversation?

Jane and Claire write: ‘With the arrival of Hilary Devey as the new Dragon for the 2011 series of Dragon’s Den, entrepreneurs are in the headlines again this week.  Entrepreneurs are not just millionaires who have spare money to invest as business angels.  We regularly meet people in public sector roles and in the church who also share many of these entrepreneurial skills – just not the money to match!

Arthur Ransome’s ‘Swallows and Amazons’ is a story of entrepreneurs. When assessing how risky it was to let her children out on a lake on their own, the mother’s response is ‘Better drowned than duffers. If not duffers will not drown.’  She had confidence in them and that what they had learned in a safer environment would serve them well in their next adventure.

Many of the people we meet are being encouraged to behave like an entrepreneur and to develop new business opportunities.  Some don’t really understand what this means or see it as an adventure too far where there is a real risk of drowning.  We think that being an entrepreneur – even when someone else is paying your wages – is about using the skills, knowledge and experience which you have already gained to create something new. This might be be:

The last of these is the one that most people find scary. Entrepreneurial practice is learned from experience.  The children in Swallows and Amazons took a risk.  So did their parents!  And it paid off.

Could you be an entrepreneur where you are? Or are you one already – if only you could recognise it? Think about it… ‘

Way back in 1934 Schumpeter stated that ‘learning in the natural and social world’ is important for entrepreneurs. In 1985 Drucker proposed that ‘recognising and acting on opportunities is an important aspect of entrepreneurial behaviour, which is going beyond the boundaries of what is known and expected, rather than simply replicating something which already exists’.

Entrepreneurial practice is learned from experience.  Learning from your experience is an outcome of coaching.  Action Learning Sets are an even more cost-effective way to enable learning from and with others.  As a coaches and as facilitators of Action Learning we can bring theories and models and stories that will challenge your thinking even further as you develop your skills.

We’re entrepreneurs.  Talk to us.